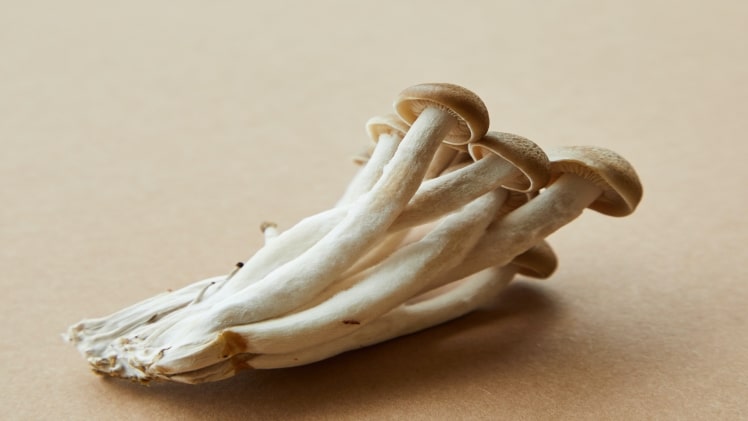 Wollygong mushrooms and Psilocybe subaeruginosa are native magic mushrooms that thrive in Australia. They were first discovered there, and now, they have been available worldwide, even in Canada.

Some people claim a cube is a cube. Therefore, there is no difference between one strain of psilocybe to another. However, others believe that one shroom strain has another potency and effect than the other.

Each potency indeed differs. Some are intense, and even small doses can cause a person to trip. Meanwhile, others require higher doses to get the psychedelics experience.

Whatever you believe in, taking mushrooms can cause mild to intensified hallucinations. So We’ve brought popular varieties from Australia to Canada if you’re seeking a new mushroom.

Some regions in Australia are perfectly conditioned for mushrooms to thrive. For example, they are not extreme in the temperature, allowing at least 30 species of hallucinogenic shrooms to grow.

Of these 30 variants, two uniquely reside in the continent with great intensity and effects. So, let’s get to know them and broaden your experience with psychedelic Psilocybe.

They proliferate faster, in some cases becoming potentially weedy. They grow in forests, playgrounds, or parks. In addition, it is common in south coast Tasmania, Southeast Queensland, and some in Melbourne’s central business district.

It is highly potent, more than P. azurescens. In dry weight, it has 1.93% psilocybin. Meanwhile, the latter mushroom only contains 1.78%.

It was first discovered in Australia in 1915 in New South Wales. John Burton Cleland named and described the mushroom. But it took 35 years before gaining the recognition it currently has.

How to Identify P. subaeruginosa

To the inexperienced eye, it is a challenge to identify this mushroom. It comes in variable shapes and shades. The colour ranges from brown, yellow, or cream. In addition, even the stem appears to have varying thickness and length.

The cap varies from one to six centimetres and can grow more prominently with suitable conditions. As the mushroom ages, the conical caps upturn. It even undulates and resembles P. cyanescens.

The stem ranges from five to ten centimetres and can sometimes become chunky. Even the colour is indefinite, as it changes from white to grey-brown.

In addition, like other magic mushrooms, P. subaeruginosa bruises when they are handled. It is a sign of the oxidation of psilocin. It’s good to know that bruising the mushroom doesn’t change its potency.

It is one of the most highly visual and potentially intense mushrooms. That’s why some people prefer to microdose with it. You’ll only need a small quantity, so you can save up by purchasing or storing small batches.

Even as low as one gram can be potent for a regular user. But the growing substrate will influence the intensity of psilocybin in this mushroom. When taken from wood chip beds, it has a potent psychedelic effect that can be overwhelming.

Wollygong magic mushrooms derived their name from the location it was first discovered. It was in Wollongong, the capital of Illawarra, a region in the NSW state of Australia.

It has a cream to gold cap and stalks, where they appear large in proportion. However, when looking at Wollygong dried mushrooms, the stalks don’t tend to look big anymore.

There is also a bluish tint or bruises like the P. subs. It signifies the presence of the active ingredient, psilocin and psilocybin.

This strain is relatively intense with solid visuals and introspection. You’ll get out-of-this-world hallucinations and powerful thoughts when taking regular doses.

You can use your shrooms in different quantities, from microdoses to spiritual or shamanic doses. The shamanic trip will give you the ego death experience. You lose consciousness of reality and illusion and begin to feel that you are one with everything around you.

Higher doses of mushrooms require a careful set and setting process to prevent a bad trip. Set means the mindset of the user. They should be ready, calm, and free of negative thoughts.

Meanwhile, the setting is the place you find comfortable and familiar. It can be your room, an area in your friend’s house, or nature.

You will also need a trip sitter to help you process the experience. They will guide you whenever you are starting to get bad trips.

Since they are potentially intense, a small dose is enough to get a mild hallucination. Beginners can start low and slow. You’ll have to wait for one to two hours before increasing your amount.

If you want the full effect, try eating them fresh or dried. Psychonauts claim that it has all the psilocybin to make the results intense. However, you can also enjoy Wollygong as edibles, capsules, or tea.

Eating mushrooms in other forms can lessen the chances of nausea and vomiting. Therefore, you can also manage to enjoy your trip.

You don’t have to forage through the forest or fly to Australia to access these shrooms. They are readily available online at Zoomies Canada. As well, you can find dried mushrooms of this specific strain.

There are other strains and products available on their website. In addition, you can browse through the wide selection of delicious edibles and potent mushrooms. So visit them today and get 20% off on your first purchase.

Other Mushrooms in Australia but Available in Other Continents

Panaeolus is a mushroom common in Africa, Australia, India, Europe, and Tasmania. Although it grows in other continents besides Australia, this mushroom is locally prominent.

It is similar to the P.cubensis strain Blue Meanies, but they are not the same, as Panaeolus belongs to another mushroom family. They are also confused with other shrooms, which are considered deadly.

The mushroom caps have a smooth surface, bell-shaped, that eventually becomes wavy. Their colour ranges from light brown (immature) to grey (mature).

Meanwhile, the stem is long and slender and ranges from pale yellow to grey and pink. It forms bluish bruises when handled.

Cyanescens produce serotonin and tryptophan, aside from psilocybin. They are an excellent source of feel-good hormones and essential amino acids.

The challenge with Panaeolus when foraging is the chance of accidentally picking mushrooms similar to it. So, you should seek advice when hunting for mushrooms or buy them discreetly.

Psilocybe semilanceata is a fungus with an active psychoactive ingredient that can cause hallucinations. They are widely spread in nature and are considered a potent variant of magic mushroom.

It has a conical bell-shaped cap like cyanescens, with a nipple-like projection on top. The colour ranges from yellow to brown. Meanwhile, the stems are long and slender.

Even though it is similar to P.cubensis, it doesn’t grow directly on dung. Instead, they gather nutrients from decaying grassroots. As a result, they are more prominent in Europe than in other countries.

Aside from the four mushrooms identified above, there are other popular species of magic mushrooms in Australia. For example, although the last two are also common in other countries, you can find P. subaeruginosa commonly on the mentioned continent.

Trying subaeruginosa and wollygong mushrooms can give you a whole new experience if you want something new. They are both highly potent and can provide you with different psychedelic experiences, which are unique from each other.

Broaden your experience with your psychedelic trip by trying two unique species of mushroom discovered in Australia. They offer different trips you can try to experiment with your mushroom journey.