How Minecraft Teaches Kids to Code 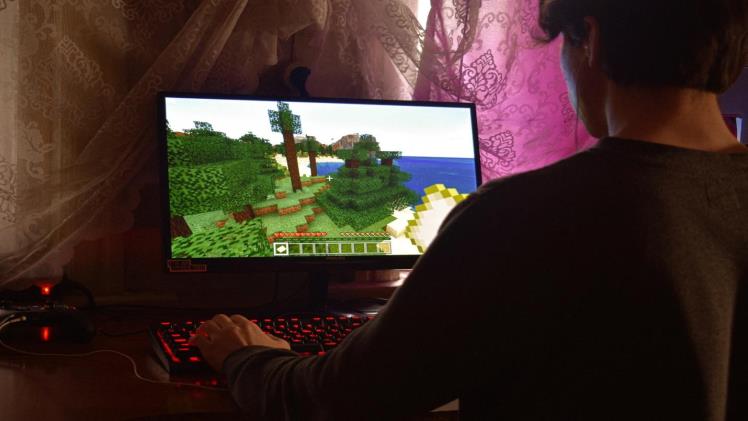 If you are mildly interested in gaming or computers, you have heard of Minecraft. It is a platform that started as just a game but has now turned into an entertainment & education tool teaching young kids how to code. Minecraft and Roblox coding camps make computer programming languages fun and interactive for children, allowing them to step out of the books and learn in real-time. This makes these gaming platforms such effective learning tools, especially for young kids.

Before we get into how Minecraft can be used to teach kids to code, let’s find go over what it is. Minecraft is a game released in 2009 with a user-creation base. It currently has over 126 million active players worldwide and has won numerous awards for being the best-selling game in history. It also holds the record for being the most downloaded game.

Minecraft’s popularity allows players to be in a virtual world with no rules. They get to create their environments and interact with each other on a truly unique platform. You can visit here to know more about minecraft and its advantages.

Why is Minecraft Being Used in Schools?

It is quite a rare instance when a game meant for entertainment purposes only ends up turning into a coding bootcamp for beginners. But, that is precisely what Minecraft has transformed into, allowing children as young as six years old to kickstart their future in coding.

Ever since Minecraft was sold to Microsoft in 2014, countless coding and computer programming courses have been developed. These include summer camp courses like Minecraft Structure Development from Wevun Global, so your children get the chance to learn about cool data structures and use builder agents.

Moreover, with Code.org and Microsoft joining hands for Minecraft Coding, children in schools can now enroll in courses that teach them to create their worlds, just like the game itself! Teachers can bring these courses into the classroom and use the activities uploaded online as assignments. Minecraft is a game that most kids thoroughly enjoy only makes them more likely to pay attention and have fun while learning how to code!

Creating your own Minecraft mod is one of the best ways to understand the depths of various programming and coding concepts. Students have numerous opportunities to learn how to code during a Mod creation, and these skills can easily be used outside of Minecraft as kids grow their skills and venture out to new platforms. A great way to further polish their skills is through Wevun’s summer camp program, which offers Minecraft Modding courses.

Here are some basics of Java and Minecraft to get your kids started!

Since Minecraft runs on Java, it uses boolean variables to evaluate most conditions and execute the appropriate actions. Boolean values can only be in the form of true or false when any expression or condition is evaluated.

One of the most direct ways of interacting with coding and learning how to create your own mods in Minecraft is through command blocks.

Console commands allow children to manually type commands into the chat box for things to appear in your Minecraft world. This allows young players to change the weather, create new items that aren’t generally available, and even teleport to faraway lands. While this itself isn’t coding, it does instil a basic idea of how programming and coding are done in young learners.

Next, Microsoft added a new block to the Minecraft world called the command block. These blocks can carry out console commands directly in the game whenever specific requirements are met. The command blocks introduce children to numerous complex coding concepts like conditions.

While Java and Python are both great languages to start learning to code, there are many more out there. If your children are interested in learning JavaScript instead, Minecraft Hour of Code is a great place to start.

Created and developed by Code.org, Minecraft Hour of Code uses the Blocky editor to code for Minecraft characters. This editor was developed in collaboration between Google and MIT. It is a drag-and-drop editor on JavaScript that allows kids to learn and explore pre-made code blocks to solve various challenges. Each of these blocks of code help students gets a better picture of the coding ‘behind the scenes.’

How to Improve Your English Language Skills

Reasons Why NCERT Solutions are Best for Entrance Exam Preparation?

Find Answers to All Your Problems On Answerout