Changing Beliefs in Fate and Chance Observed in Ancient Dice 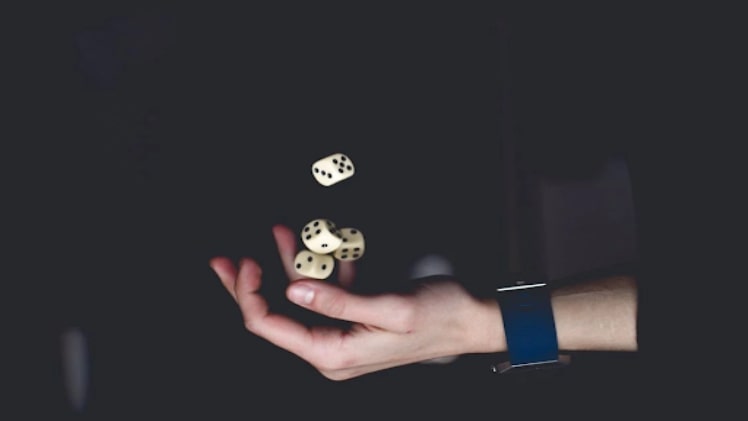 Dice are a core tool of many games now and through history, making them an invaluable invention. Their first appearance dates all the way back to 3100 BCE and since they have evolved into what we know today. With the shape and number of sides changing the most, each incarnation of these dice has its own beliefs. But one thing that never changed is the love for dice games and the invention of new ones. Some of the most popular dice games fall into the tight-knit selection of the top selection of casino dice games.

This is because in-person and online casinos run most of their games based on random number generators. Which dice are the first to ever be invented, this made them the perfect tool for casinos. Because of this dice are a staple image associated with gambling and casinos, even luck.

Dice due to their long life as an invention have a rich and telling history that details their evolution throughout time. From their start as two-sided playing pieces for simple randomization to the oldest confirmed dice, a pyramidal d4 from ancient Sumeria. Dice have been an ever-present factor in games, this led to a fluctuating belief system with each incarnation. From thoughts that they determine the will of higher power to the belief of straight-up odds with no outside factors.

The varying beliefs of fate vs probability are still present to this day, with probability usually winning in popularity nowadays. But fate is still deeply rooted in some cultures and games and doesn’t look like it’s going anywhere.

Dice’s forerunners were mystical tools that prehistoric humans employed in lotteries to predict the future. Dice’s likely earliest predecessors were knucklebones, which occasionally had marks on their four faces. Some places of the world still employ such items. Dice were frequently fashioned of bone and ivory in later Greek and Roman eras, but they were also frequently made of bronze, agate, rock crystal, onyx, jet, alabaster, marble, amber, porcelain, and other materials.

Modern dice are almost always constructed of cellulose or another type of plastic. There are two types of dice: round-cornered, or imperfect, dice, which are machine-made and are typically used to play board and social games, and perfect dice, or casino dice, which have sharp edges and corners and are typically made by hand and true to a tolerance of 0.00026 cm. These dice are used mostly in gambling casinos to play craps and other gambling games.

No matter the game, cheating is always an issue and a part of the experience. Games with dice are often intertwined with money and stakes. Making them a prime place for cheats to try to get the upper edge and steal from their opponents. They do this by employing many different methods and strategies to give them the biggest edge. Perfect dice are also known as levels, squares, or fair dice, whereas tampered with or specifically designed for cheating dice are referred to as crooked or gaffed dice. Such dice come with different aspects that give their players advantages.

These range from dice with duplicated slides, weighted dice, uneven dice, and even dice with uneven sides. Controlled shots are produced when one or more fair dice are spun, rolled, or thrown to produce a specific side or sides that will appear or not appear depending on the desired outcome. This is yet another method of cheating with dice. This type of cheating, which goes by such colorful titles as the whip shot, blanket roll, slide shot, twist shot, and Greek shot, calls for a lot of manual dexterity and experience.